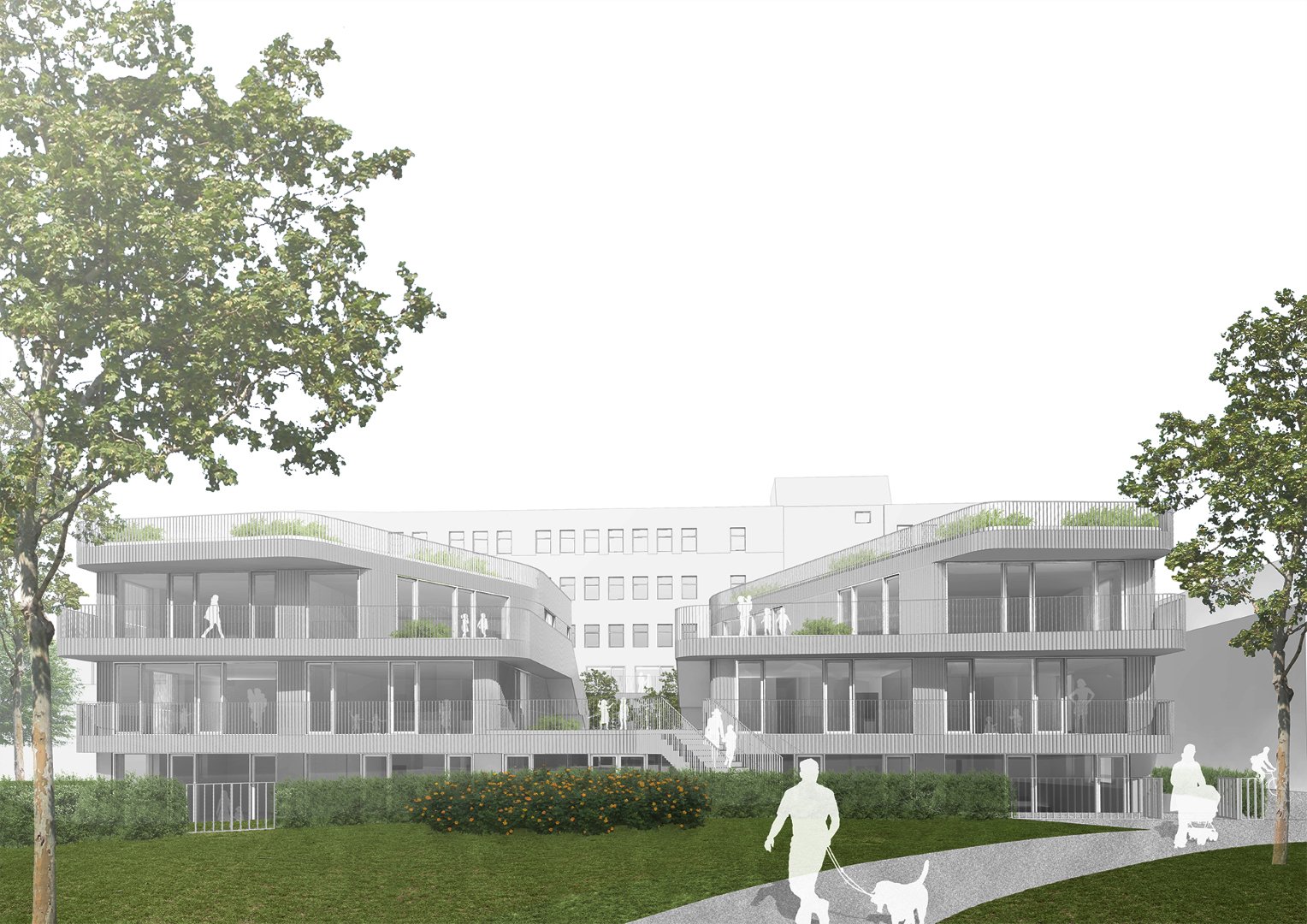 The project consists in the creation of a health centre and a crèche in the middle of the block, following a mixed layout of volumetric integration, attached for the former and insular in the heart of the park for the second. This form was sculpted so as to be able to preserve the views from the existing building and to offer the sections an identical configuration, turned towards the park.

The crèche is divided in two simple and functional spheres: one devoted to children and the other to adults. It has been conceived as a town with its hierarchies: the section is a house in which the child blossoms in a reassuring environment. The corridors are roads in which the child takes its first steps alone. The spaces devoted to psychomotility and the patio with the animals are ‘collective facilities’.

The exterior spaces and the castle area can play the role of public places within the crèche, which is therefore above all conceived around the child’s development.

The architectural expression echoes the desire to integrate the landscape by sculpting the volume and creating views onto the park from the crèche as from the existing building. 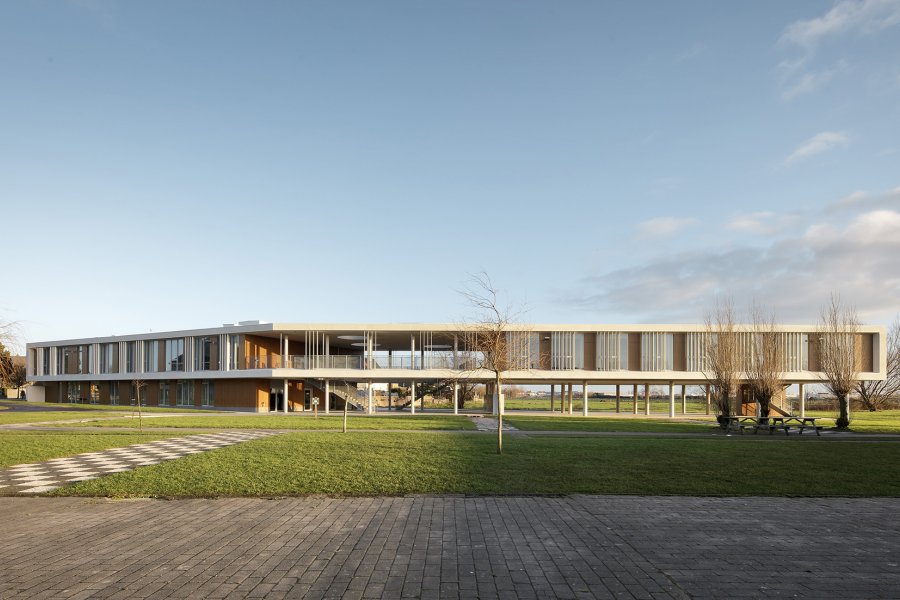 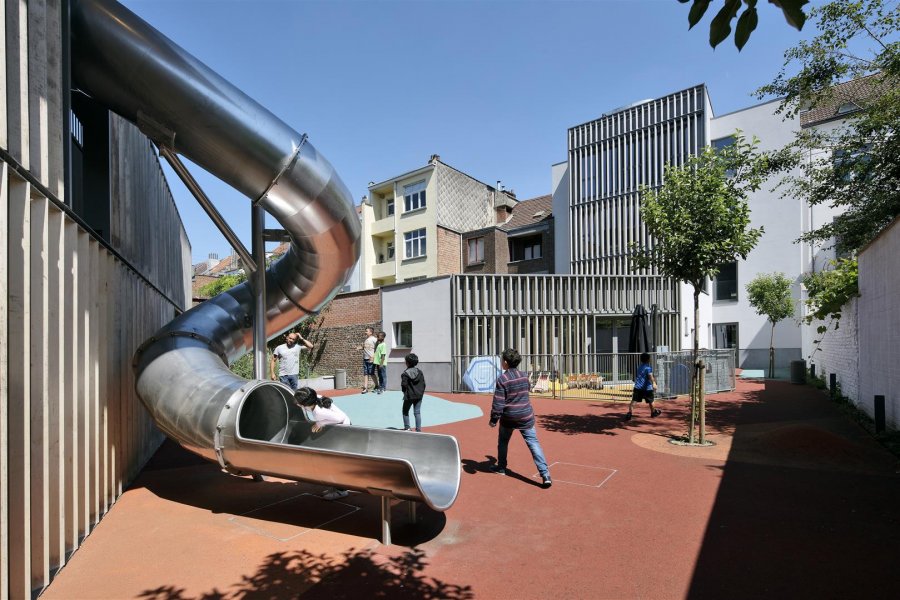 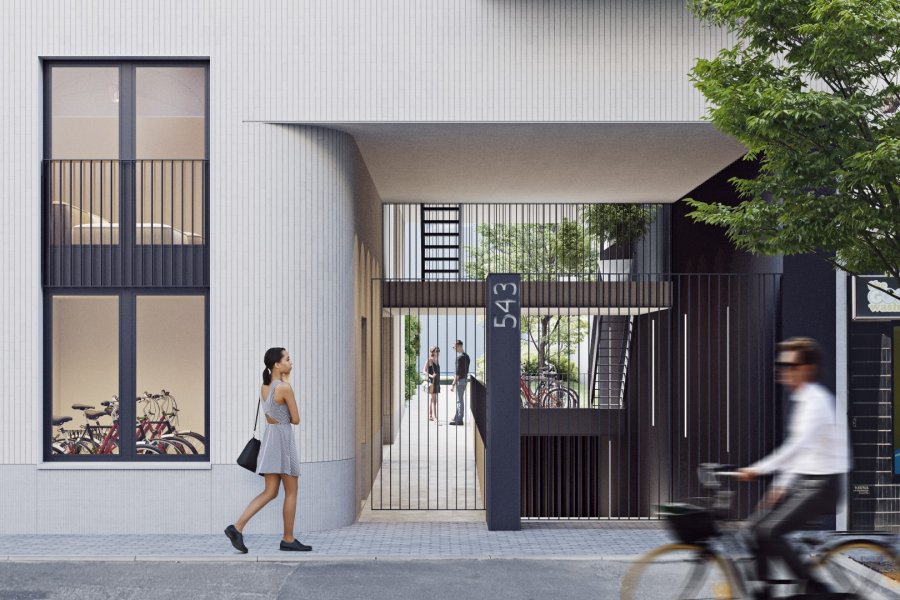