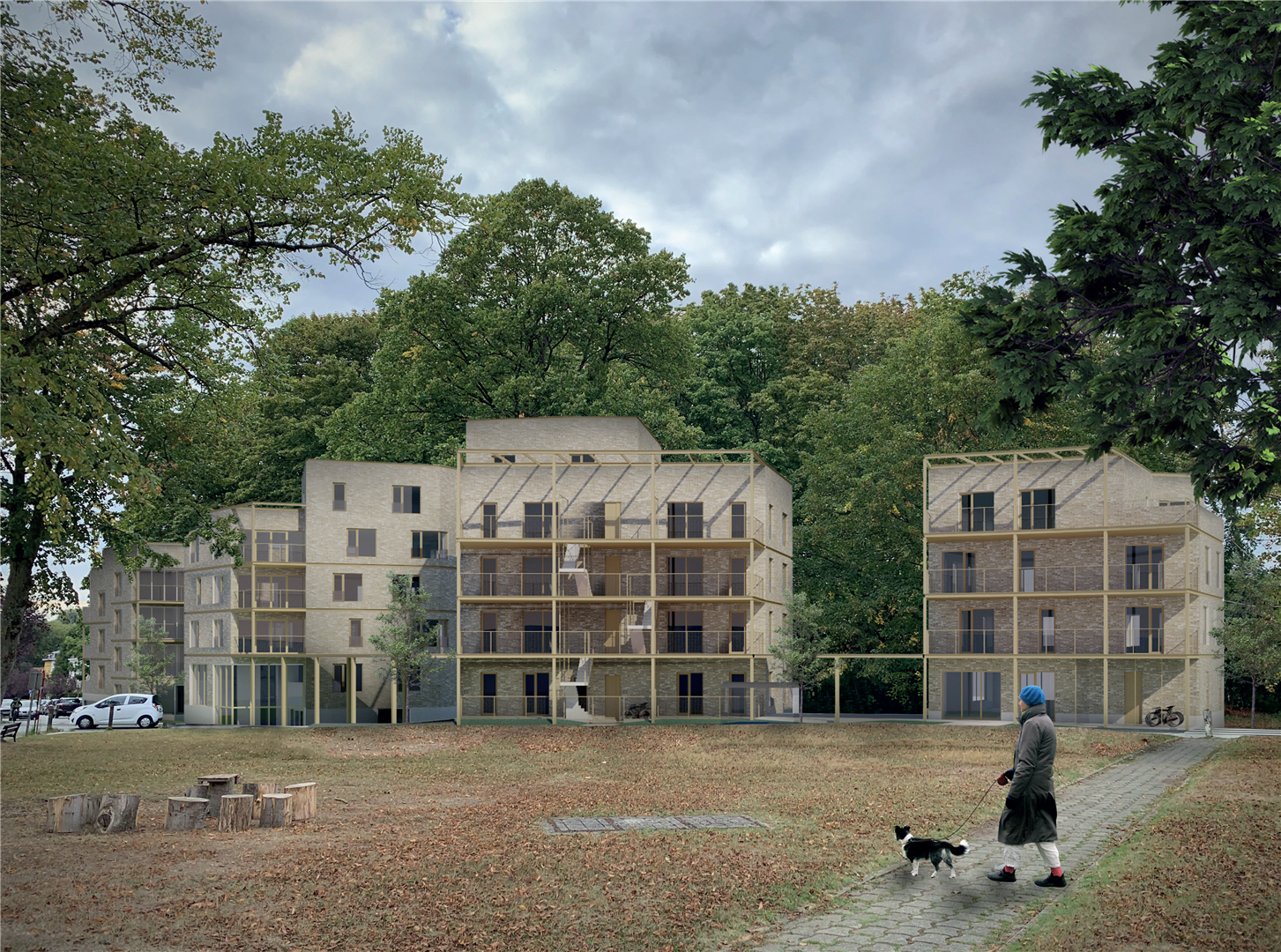 This two-phase project occupies a sloping plot that is more than 100 metres deep and has a height difference of more than 9 metres. The plot connects Square des Archiducs in the south and Avenue des Gerfauts, below, in the north. The plot being currently occupied by undergrowth, the building is located on the periphery in order to preserve this green character while making it permeable in order to keep the perspectives that are open towards the site. Set in the continuation of the garden-cities of Logis-Floréal, the project seeks to reinvent the model of the garden-city. To this end, the housing programmes are organized in the form of urban villas, linked together by cooperation areas that serve the housing units and support the agricultural practices. These spaces of market gardening, distribution and cooperation are called the Agricothèque, by analogy with the idea of a large shelf displaying a variety of market-garden produce. The Agricothèque has a clearly defined public dimension, but is managed in the framework of a cooperation between the occupants of the buildings and the local associations involved in market-garden practices. The undergrowth in the background and the Agricothèque in the foreground visually connect the volumes to each other. 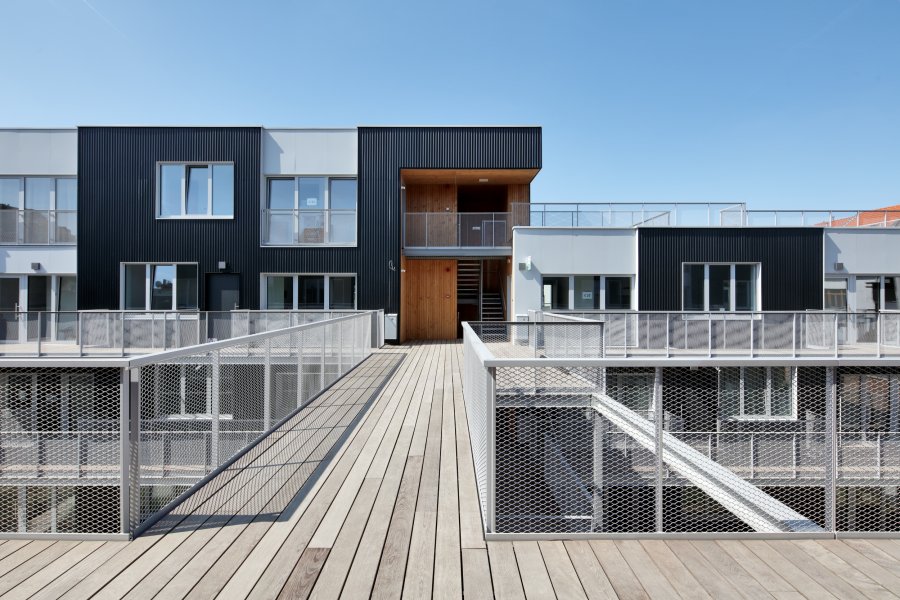 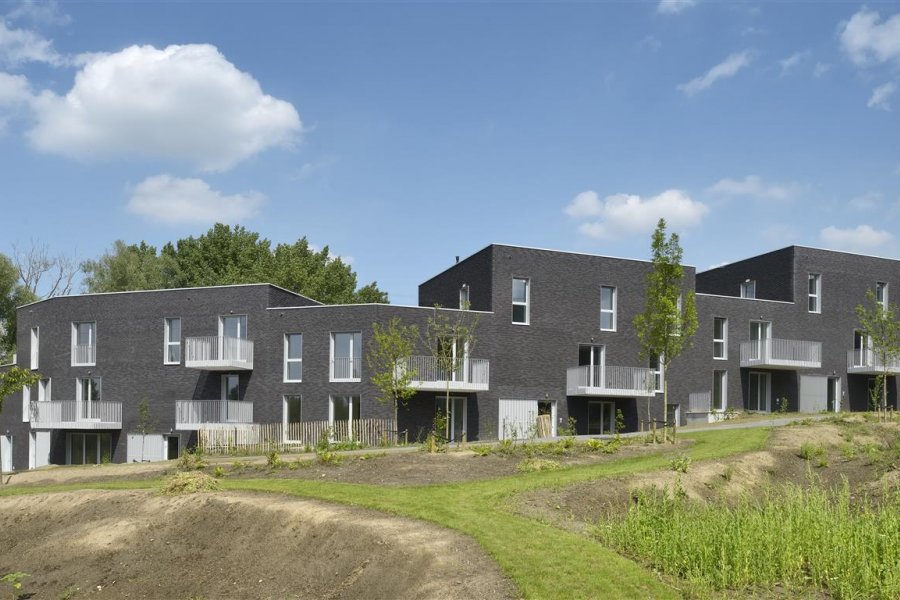 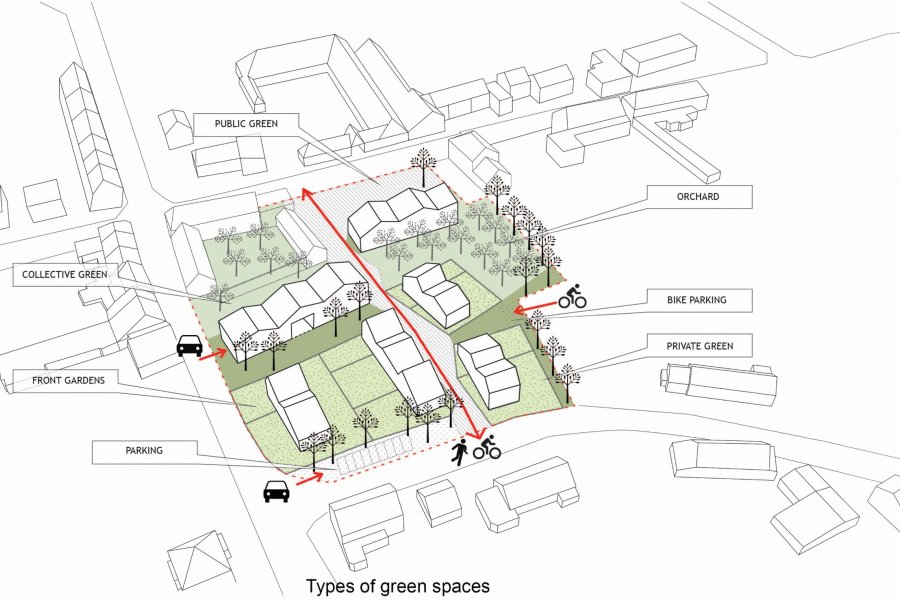