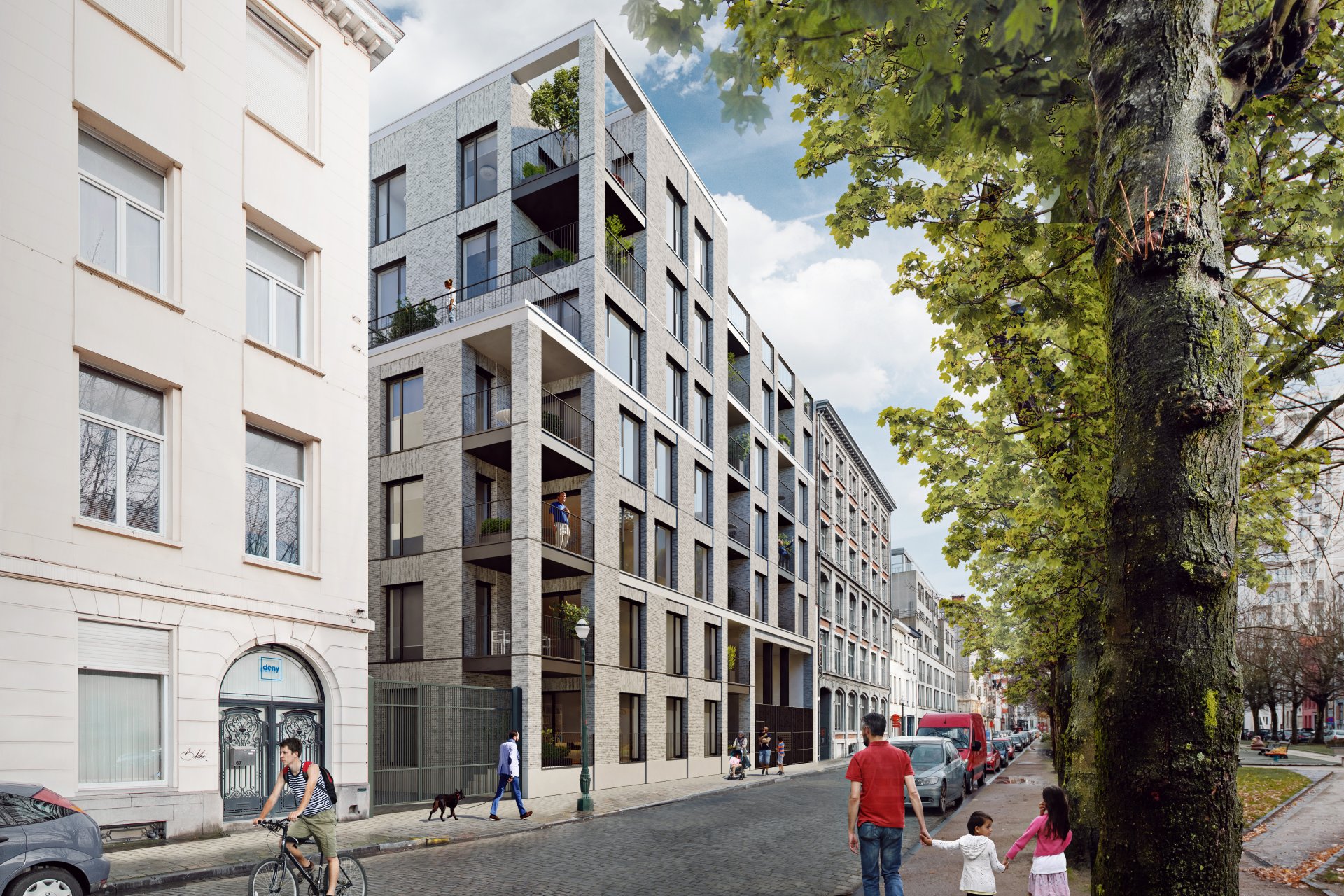 The project provides for the construction of 31 dwellings and 3 single-family houses in the interior of the city block.

The composition of the street façade picks up several of the features dear to Brussels architecture: the lines of force, the principle of bays, the majestic entrances, the ornamentation of the façades.
Simple and rigorous in appearance, the façade is highly detailed and successive plans lend delicacy to the whole. The horizontal lines of force in white concrete enable a change of rhythm in the solids and voids. They are prolonged by metal plans that continue the line all across the façade. Since the number of projections authorized on the street is limited, the terraces have been integrated into the rhythm of the façade. As a result, they are generous in size and allow the inhabitants to benefit from south-facing outdoor spaces sheltered from view.

The 3 single-family houses create a generous landscaped area and engage in an indirect relationship with the public space through a wide, 2-level open passage opposite them. Their presence helps to bring order to the interior of a city block characterized by anarchic volumes. Particular attention has also been paid to the project’s environmental character. Thus, the interior of the block has been made green in order to enable the infiltration of runoff water and the roofs have been treated with extensive vegetation. 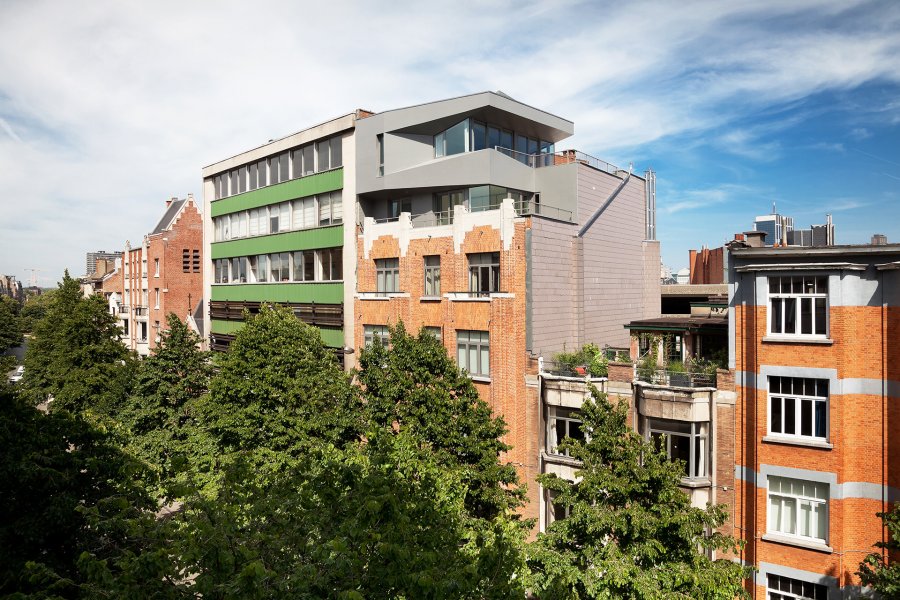 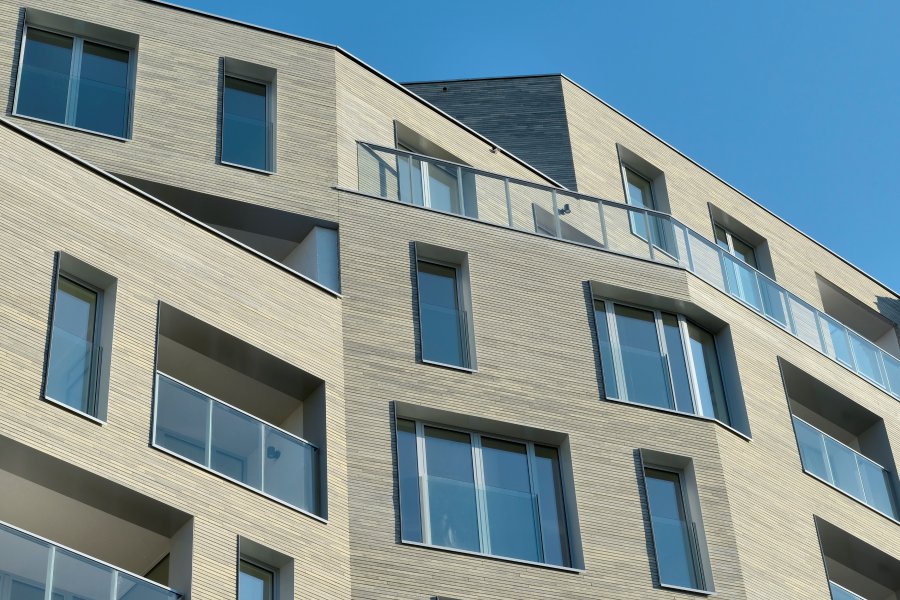 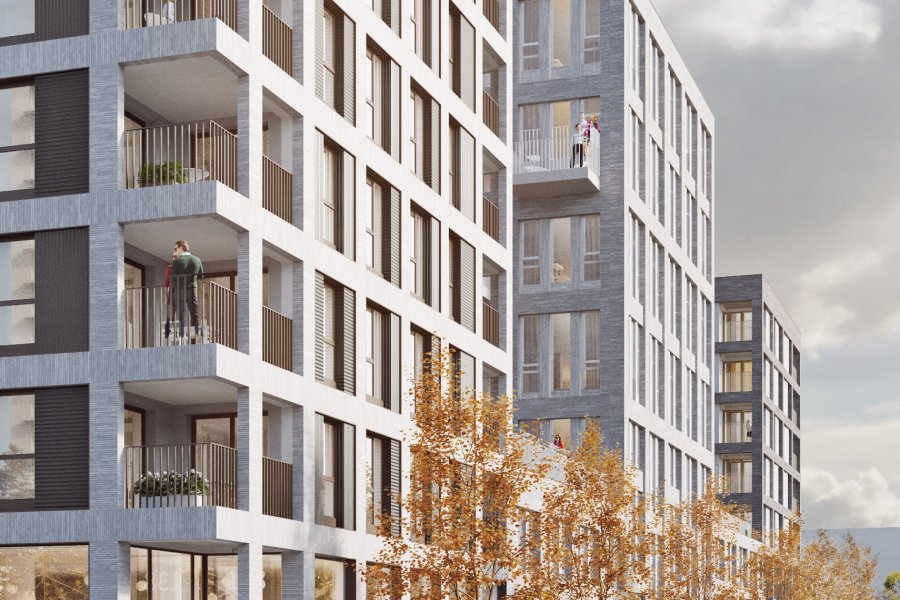