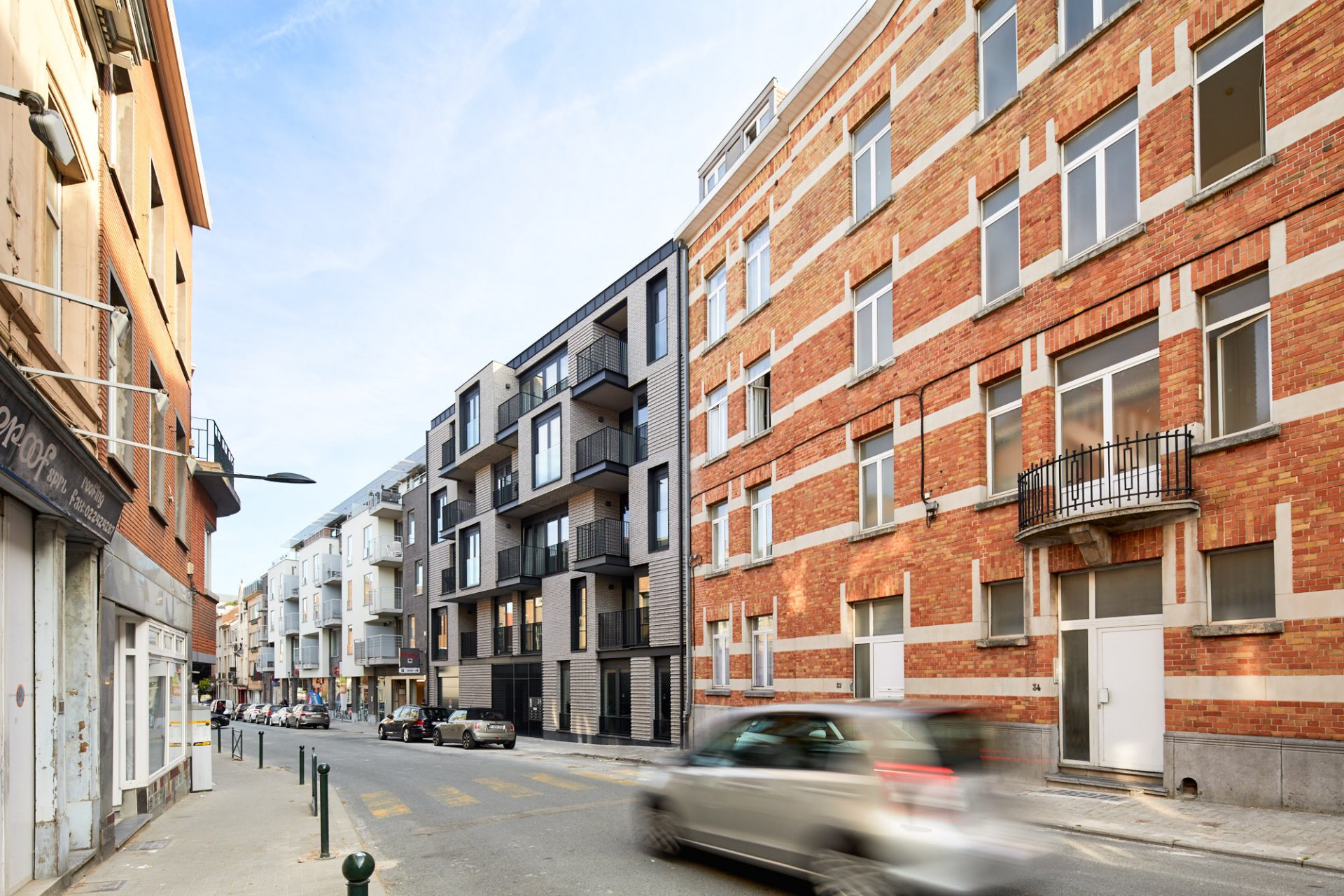 The project consists in the new construction of a building on the street side totalling the ground floor + 4 floors + a fifth floor that is set back from the road. The project provides for the development of 15 dwellings of different sizes: studios, 1, 2 and 3 bedrooms.

The composition of the main façade tends to combine a vertical rhythm based on the traditional framework of the Brussels grid and the street’s existing horizontal lines of force. This dual language makes it possible to modulate elements that present themselves either set-back or projecting, and which compensate one another with regard to the general alignment of the façade. The projecting elements only appear from the second floor in order to free up a generous height with regard to the footpath. The different openings appear following one and the same module, whose vertical proportion is reinforced by aluminium lintels adjoining the frame.

The rear façade has been dealt with according to the logic inherent to Brussels housing blocks and neighbouring constructions, distinguishing the highly ornamented elevations at the level of the public space and the more balanced elevations inside the blocks which have been given a less plastic treatment. 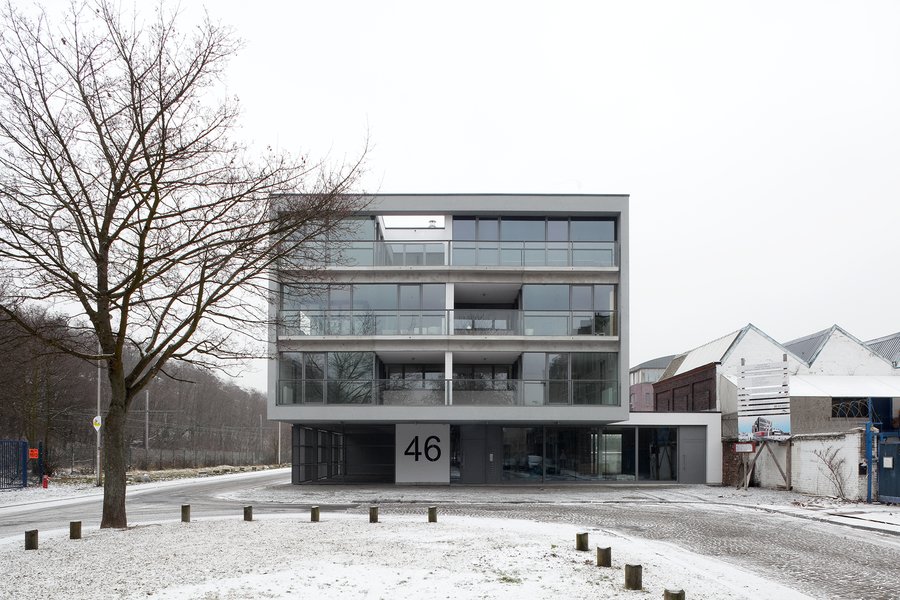 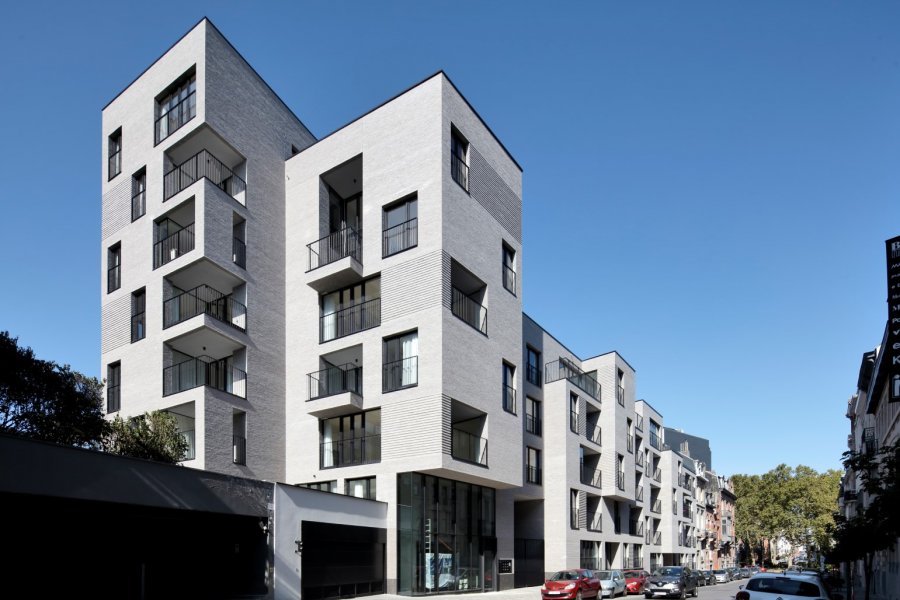